It seems that everyone has been harassed by some marketing text messages and telephone calls. Occasionally, they can think that the other party just dialed the wrong number. However, for consumers who have just handed in a house or a fast-paying house, the decoration company that called the phone not only knows their name, but also knows the address, area, and size of the new house, which makes people somewhat suspicious. Although some consumers do need decoration information at the beginning of the delivery, the frequent and irritating â€œharassmentâ€ has caused consumers trouble.

Frequently harassed before and after the handover

Recently, some consumers reported that they had just received the house in less than ten days, and they received a message called â€œTongzhou Building Materials Leadership Allianceâ€ and were invited to participate in the home group purchase activity. The consumer Mr. Guo (pseudonym) in Tongzhou Jingmao International's house delivered the house in mid-June this year, and received a phone call in late June. The other party said that there was a recent home group purchase activity for the community, all brands are half price. Mr. Guo did not go to participate for some reason, but still had a phone call, telling him that although the event is over, he can still get the same discount. In this regard, Mr. Guo said that he was skeptical about the discount given by this activity.

Similar to the problem encountered by Mr. Guo, the netizen â€œRohan_Liuâ€ also revealed to the newspaper that the Zhuguang Yujing Community that he purchased also encountered the same situation. "Our community is expected to hand over the house at the end of December this year, but in June many owners have received advertising text messages or phone calls from the decoration company. They can tell us the name, building number, telephone number and other information."

Netizen "Xiaowei" said that the house of the Pauli Jasmine House that he bought was harassed by some decoration companies almost every day before the house was delivered. "Despite the fact that the house changed hands, the harassment call was constant and could only be refused over and over again."

Information disclosure is not uncommon

At present, it is not uncommon for personal information to be leaked. The reporter searched Baidu for â€œMobile Phone Number of Beijing Community Ownersâ€ and found a website called â€œBeyond the Directory Networkâ€. When you click in, you can see a very simple price list, including "National latest high-quality accurate owner list + gifts = 500 yuan", "single city's latest high-quality accurate owner list + gifts = 300 yuan", etc., although provided on the right side of the website The contact information of the mobile phone has not been answered, but the price is so clear that it is still worrying.

In addition to these consumers' uninformed "information leaks", there are also people who use the Internet to register and let consumers take the initiative to send personal information to the door, for example, in the "one-click network" of the decoration quotation network, consumers The reference quotation can be obtained by filling in the area, the apartment type, and the decoration style. However, during the quotation acquisition process, the verification code sent by the website must be obtained through the mobile phone short message. The cooperation between the website and the decoration company is to sell the mobile phone number that the consumer enters when obtaining the verification code.

The Beijing News reporter contacted the website customer service as the decoration company. The other party said that if they can cooperate, they will provide an average of no less than 20 decoration quotation information with real mobile phone number every month. The decoration company must first pay a deposit of 6,800 yuan, and then return the site to the 3-5 rebate after the signing, and the rebate will reach 15,000 yuan within one year, that is, the deposit will be refunded. However, in the process of the cooperation, consumers never know that their mobile phone number is involved in the transaction.

Hu Zhongxin, secretary general of China Home Building Materials Decoration Association, said that there are only a few people who have housing, and they often have more than one suite. If you can understand where this minority is, for precision marketing, the cost is still relatively low. . Liu Chen, secretary-general of the Beijing Branch of the Beijing Market Association, believes that although the home industry has to move forward from traditional business to business, this pre-emptive approach still belongs to a "non-mainstream" marketing approach. Although the marketing cost is reduced, it may not be recognized by consumers.

Can report or complain

Qiu Baochang, Head of the Lawyers Group of the China Consumers Association

Consumers can ask developers to ban their disclosure of personal information. And this request can be made before the purchase of the house, and agreed in the terms of the contract.

In addition, you can report to the public security department, or report the complaint to the administrative department of the real estate development enterprise. If everyone reports, and there are serious consequences, the possibility of filing a case will be greater. If there is sufficient evidence to prove that the other party is paid for disclosure, you can also go to court to sue.

Keep your documents organized and protected with these  Plastic Presentation Folders. They are ideal for school, office, home and much more.  They have a smooth finish These folders measure 9" x 12" and feature assorted colors.

Made with highly durable, flexible, smooth plastic and includes business card slot on right side pocket. 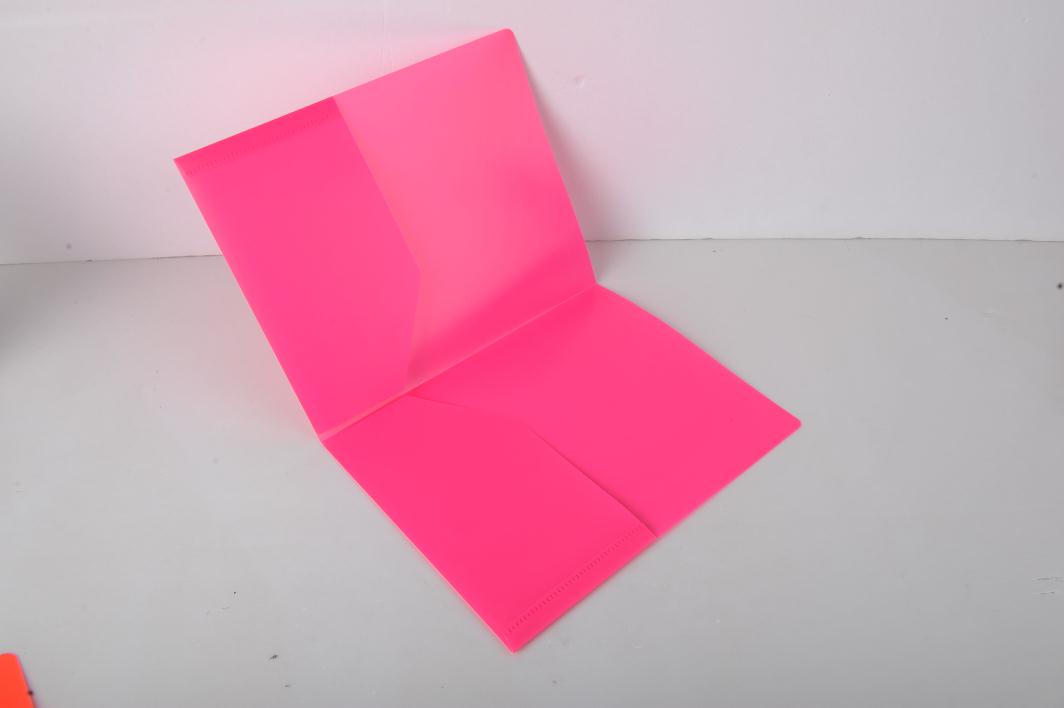