Resolve the lawn on the World Cup football field

If you want to select the most hated creatures of the World Cup? Then the lawn on the World Cup does not allow it. It's hard to emerge from the ground and it is growing vigorously. It will be stepped on by more than twenty people. After the chance of linking the seeds is not possible, they will be screaming. However, the World Cup is the most glorious moment for the lawn. Lawn lawn is not to let people step on people do not lie that kind of thing to do?

Do you think that there will be a kind of grass that can be used exclusively on the football field called "football grass"? 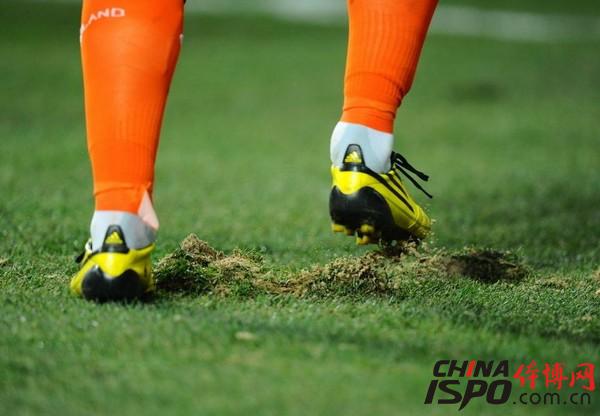 To meet the demand for high-intensity, intensely confrontational sports such as football, the football field turfgrass must meet such conditions: to minimize the chance of injury to the athlete, the grass must be soft; in order to not affect the rebound rate of the ball, the turfgrass Elasticity is also good, otherwise the players will be upset; the most important point is that the football field turfgrass has a strong resistance to trampling, and there must be a kind of revolutionary optimism that â€œthe player abuses me thousands of times, I only treat him like first loveâ€ Spirit; also have a strong ability to recover, drought, cold, insects, diseases and other abilities. 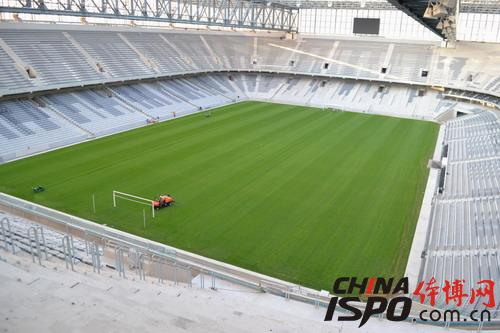 One of the venues for this World Cup: Arena da Baixada

Even if the requirements are so demanding, we have also identified many different types of conditions. These grasses can be divided into two categories: real grass and fake grass (artificial grass).

Northern China generally uses cool-season turfgrasses to establish courses such as Poa pratensis L., Lolium perenne L., and Festuca arundinacea L.. Among them, Tall Fescue is very common in China's courts, especially those with lower operating costs. It is the most drought-resistant and trampled grass species in the cool-season turfgrass, and it is adapted to a wide range of soil types and is tolerant to poverty. Fertilizers are sensitive and have good salt and alkali resistance. It is the preferred grass species for low management and poor soil quality. In contrast, perennial ryegrass is more squeamish, very sensitive to low temperatures, but the goods are resistant to trampling and grow fast. The most critical is that the grown turf texture is soft and soft enough to make you want to go up and fall. Two miles.

In southern China, warm-season turfgrasses are generally used to establish the stadium, such as Cynodon dactylon (L.) Pers.) and Zoysia japonica Steud. The former is known as the warm-season turfgrass, which is widely used in various golf courses, golf greens, and parks in the south. Its delicate texture is rich in green and is also resistant to treading. As for zoysiagrass, it is very "resistant", drought-resistant, wear-resistant and resistant to treading, and elasticity is also very good. But there are also hard textures in the leaves and short injuries in the green period. 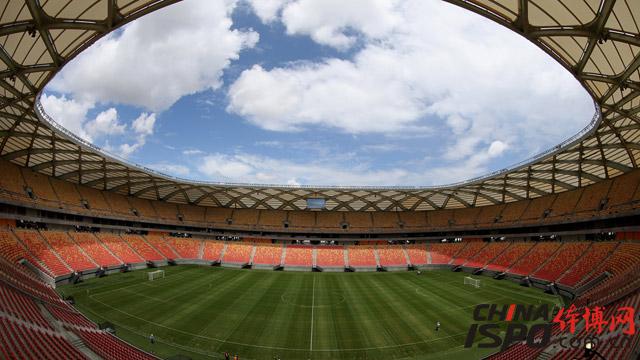 One of the venues for this World Cup: Arena da AmazÃ´nia

The turfgrass used in the "football developed countries" in Europe and South America is actually the same as the one used domestically in terms of species. This time, the Brazil World Cup is no exception. As for the foreign leagues, the lawns are mostly like carpets, while some domestic courts The market is like a vegetable plot. This is a conservation issue, or it has not been able to choose the right grass.

DESSO GrassMaster: The Lawn Management Technique of the World Cup in Brazil

Selecting suitable grass species is important, but advanced turfgrass management techniques are the key to ensuring turf quality. At present, the most advanced football pitch management technology in the world is the DESSO GrassMaster system, which combines natural grass seed and artificial fibers and is widely used in gymnasiums, training fields and large-scale sports events. This turf management technique is used in the World Cup in Brazil. In addition, the English Premier League club and the Super Bowl are also used in this technology. 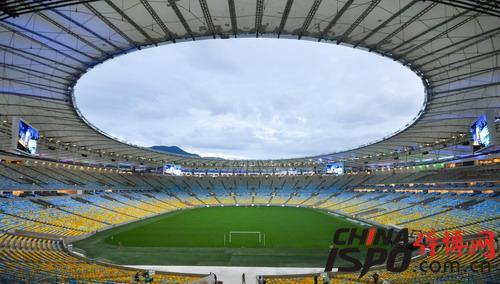 One of the venues for the World Cup: EstÃ¡dio do MaracanÃ£

Managing the turf is not simple. From the beginning of the design, you need to form a professional team composed of turf experts, consultants, club owners and related personnel. There are many factors that need to be considered when designing, including the local climate, site use, and so on. After the design is completed, the first thing to do is to lay down the underground drainage system. Only well-drained sites can adapt to the competition requirements under different climatic conditions. After the drainage system is laid, it is necessary to cover the surface of the site with sand rich in compost. Artificial fibres are implanted in a depth of 20 centimetres of soil, requiring the highest fibre height not to be more than 2 centimetres above the ground, so that artificial fibres do not have an adverse effect on the operation of the ball. Afterwards, according to local conditions, the appropriate grass species can be selected for sowing - of course, if you need to speed up the process can be directly applied to the appropriate turf. As the grass grows, the roots of natural grasses interweave with artificial fibers, and these natural grasses anchored by artificial fibers eventually form a flat, firm and stable playground.

The turf built using this technology not only has a higher turf quality, but also has a better ball rolling distance and rebound rate. Because the turf is more stable, the intensity of the sports field naturally improves.

What are the different colored rounds on the football field?

People who have watched the ball on television are no strangers to the ribbon on the football field. These stripes can help athletes and referees judge the position of the ball and whether it is offside. Also played a decorative role. Are these ribbons dyed with dye? Dyeing is indeed feasible. But if you think that you can only stain, it would be too small for those of us who are turfgrass. The turf color roads are manufactured in three major categories: physical, chemical, and biological. 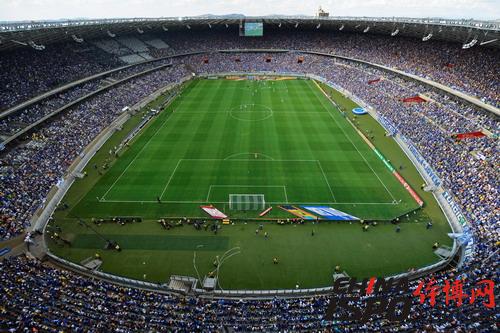 One of the venues for the World Cup: the Magdalen Esplanto Stadium (EstÃ¡dio Governador MagalhÃ£es Pinto, also known as Mineiro Stadium)

Chemical methods, that is, staining. Biological methods, mainly to the lawn or spray growth regulators. For example, after applying nitrogen fertilizer or potash fertilizer to the roots of grass, it can increase or decrease the color; spraying paclobutrazol or chlormequat can play a dark dwarf effect. Panic, plant growth regulators are not animal hormones, will not cause human dwarf, otherwise playing on the court is Messi Maradona.

What's more fun is the physical method. Stripes can also be made by trimming or suppressing the lawn in a different direction with a lawn mower or a forcing machine. The principle is very simple. The turfgrass has different stems and leaves, and there is a difference in the light reflected by the leaves. This kind of operation needs to be completed the day before or the day after the training. The pattern will disappear after the turfgrass returns to vertical. If you want to continue longer, you can use lawn mowers to cut the lawns of adjacent banners to different heights. Generally, a difference of half a centimeter to one centimeter can produce obvious stripes, which can last seven to ten days. It is very convenient.

Poa pratensis is a perennial herb of Poaceae, which is a cool-season turfgrass and one of the main grass species in China. It is a perennial rhizome sparse plexifolia type, and many rhizome clusters are connected together by a rhizome to form a dense mesh structure. The turf has medium texture, high density, strong spreading ability, excellent regenerative ability, strong adaptability and extremely high cold resistance. Therefore, this grass is widely used in China's northwest, north, northeast and other cool and humid areas and transitional climate zones.

Perennial ryegrass is an important cold-season grass of the genus Gramineae ryegrass. It is widely used as a turfgrass because it has the advantages of strong root system, strong tiller ability, fast landing speed, and resistance to trampling. In addition, perennial ryegrass is a perennial plexifolia type grass that has dense fibrous roots, soft texture, and good density. However, it has poor cold resistance and is considered to be the cold-season turfgrass most sensitive to low temperature stress. It is suitable for cool and humid regions where there is no severe winter and no heat during the summer, and the type of soil to be adapted is wider.

Festuca arundinacea is a perennial herb of the genus Festuca, and it is one of the main cool-season turfgrasses currently widely used at home and abroad. Because of its well-developed root systems, strong soil-holding capacity, wide adaptability, long-lasting nature, outstanding disease resistance, drought resistance, heat resistance, shade-resistance, and easy formation of turf, Tall Fescue is widely used in various sports fields and turf farms. Landscaping of lawns, yards, parks, green areas and vertical greening, and even soil erosion prone areas. Festuca arundinacea is a perennial clumped grass that has a well-developed and dense root system. Plants have short or no rhizomes. Stems usually stand upright, and are also the most drought-resistant and trampled grass species in cool-season turfgrasses. In addition, it adapts to a wide range of soil types, is tolerant to leanness, is sensitive to fertilizers, and has good resistance to salt and alkali. It is a very good turfgrass on the football field, and is also the preferred grass species for low-management and poor-quality soils. .

Bermudagrass is a perennial warm-season turfgrass with well-developed stolons and rhizomes. It is widely used in sports lawns, golf greens, and rest venues because of its delicate texture, rich green color, fast flats, and trampling resistance. Parks, gardens, greening, etc., are known as warm season turfgrass "head of grass species," said. The grass has fine fibrous roots and rhizomes, and the stem can be up to 2 meters long. It is also one of the most commonly used warm-season turf grasses for the establishment of football fields.

Zoysia japonica is a subfamily of the genus Hymenoidea, widely distributed in coastal areas of Asia, Africa and Australia, and is one of the important warm-season turfgrasses. It is widely used in turfgrass, ecological restoration, water and soil conservation, etc. It has the characteristics of wide adaptability, strong drought resistance, strong expansion force, strong resistance to abrasion and trampling, and high elasticity. However, because of its hard texture and short green period, it also affects its use. 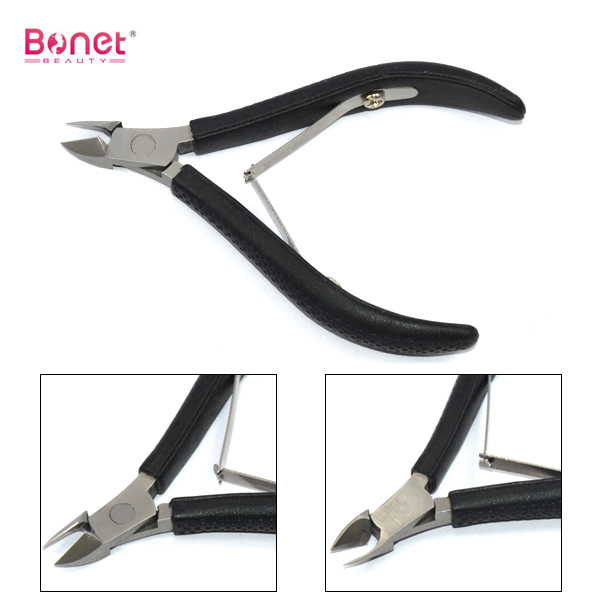